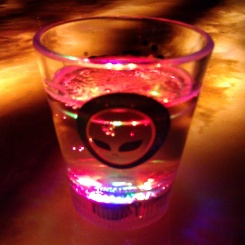 Red Hat, Inc. and the JBoss Community today announced the 1.0.0.Final release of Arquillian, its award-winning testing platform built to run on the Java Virtual Machine (JVM). Arquillian substantially reduces the effort required to write and execute Java middleware integration and functional tests. It even enables test engineers to address scenarios previously considered untestable or too expensive to test.

The Arquillian project is led by Aslak Knutsen and has received contributions from over 100 contributors and community members (between Arquillian and ShrinkWrap combined). At the JavaOne 2011 conference, Arquillian received the Duke’s Choice Award for innovation in integration testing.

By focusing on these principles, Arquillian makes integration and functional tests as simple to write and execute as unit tests.

Arquillian originated from the test harness developed for the CDI 1.0 (JSR-299) specification in 2009. It spun off as an independent project and has evolved into an extensible testing platform. Coming full circle, the test suite in CDI 1.1 (JSR-346), the next iteration of the CDI specification, has migrated to Arquillian. Other specifications are expected to follow. Arquillian is also used by numerous open source projects, including Hibernate, JBoss AS 7, Drools, RHQ, JClouds and Apache DeltaSpike.

Arquillian brings test execution to the target runtime, alleviating the burden on the developer of managing the runtime from within the test or project build. To invert this control, Arquillian wraps a lifecycle around test execution that does the following:

Arquillian runs with Java 1.5 and above, integrates seamlessly with familiar testing frameworks such as JUnit and TestNG and allows tests to be launched using existing IDE, Ant and Maven test plugins.

…using Arquillian, we were able to cut the setup needed to run a plugin in-container by 90% and we were able to introduce a number of convenience annotations from which you can get a variety of data injected into your tests.”

Arquillian is a really great integration testing tool full of potential. It’s just great that the JBoss guys are aiming to provide support for almost all widely used application servers and web containers. If you are writing an application for the Java EE 6 stack, not using Arquillian is a serious mistake!”

[Arquillian] reminds me of the old Cactus project back in the day, but done much, much better.”

Arquillian can manage more than a dozen container vendors, including JBoss AS, GlassFish and Tomcat, and supports running tests in cloud services. The container support allows developers to target a variety of technology platforms, including Java EE 5 and 6, Servlet environments, OSGi, Embedded EJB and standalone CDI.

Arquillian’s extensibility is reflected in its growing ecosystem of extensions. The most mature extension, Arquillian Drone, is included in today’s release. Drone is an abstraction over browser controllers such as Selenium and WebDriver that enables the developer to write browser-based tests without having to fuss with the typical setup and plumbing. Other extensions under active development include an Android test controller, DBUnit integration, a SeamTest replacement for testing Seam 2, BDD runners (Spock and JBehave), performance metrics, code coverage (Jacoco) and Arquillian Graphene (a type-safe Selenium API). Expect more extensions to emerge now that the platform has reached a stable release.

The Arquillian platform and extensions are available in the Maven Central and JBoss Community artifact repositories. The Arquillian libraries are typically added to the test suite of a project using a dependency management tool such as Apache Maven or Apache Ivy. Instructions for setting up Arquillian in your project and writing Arquillian tests are covered in the newly-minted Arquillian Guides.